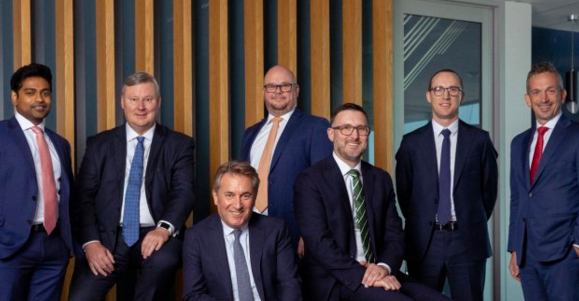 It was 2002 and Tim Miles decided he wanted to be a champion for private businesses.

The Kiwi-born dealmaker had spent a few years stitching up joint ventures and M&A deals at St George, and knew the odds were stacked against private businesses.

When it came to dealing with succession, finding new investors or selling out, there was no one fighting for the private business owner; the institution on the other side of the table held all the cards.

So Miles, a motor racing driver at heart, set up his shingle, Miles Advisory, with one goal.

“I wrote on a piece of paper that we would be a champion for privately owned businesses and it’s still the same thing – we have got to get in there and fight their corner,” he says.

“That’s not just giving advice, but helping them to get the deal structure right and to be well-enough prepared, so they get the exit route they deserve.”

Nineteen years on, and Miles’ offices in Sydney and Melbourne are littered with more than 115 trophies, each representing one of its deals.

Most of the time, it was fighting for the private business – either for a founder or a private equity owner – and helping them find a new investor or owner.

Miles, who still races cars and owns more than 80 per cent of Miles Advisory, has carved out a reputation as a street fighter – there’s never any doubt which side of the transaction he’s working on.

He’s part banker, part knockabout racing car driver and the type of dealmaker that’s been highly successful bridging what can be a big gap between rough around the edge business founders and private equity types that hang out in tall office towers.

While Miles’ name still hangs on the door, he says the firm’s much bigger than him.

There are 22 dealmakers on his books, including seven senior bankers, most of whom have been with him for 10 years or longer and are running their own deals.

They’re happy to leave the top end of town to the big investment banks, and instead focus on transactions worth $50 million to $500 million where, ironically, the deals often require more work and preparation.

I don’t mind if it takes us twice as long as it takes other people to get a business prepped and in front of potential buyers.

“The hardest part for our industry (investment banking) is that it’s easy to forget that the people who own and founded the business you are selling for $400 million, they know a lot more about the industry and business than you do,” he says.

“All you are doing is augmenting their skill to help them transition from 100 per cent business owner to selling, or to being a business partner which, further down the line, will facilitate a better exit.

“I don’t mind if it takes us twice as long as it takes other people to get a business prepped and in front of potential buyers.

“I reckon deals focused on the mid-market need more work than at the big end of town – the level of sophistication is less and the transaction can unravel quickly if people lose confidence.”

“In 2007, all the buyout funds were debt-focused, it was how much leverage can we get in there. Those that have stayed, their focus is now on what are the fundamentals of the business and how is it going to grow,” he says.

“There’s a shake-up happening at the moment where Australia is seen as such a low sovereign risk, we are seeing more PE firms coming down here than I have seen in my 20 years. In fact, people are having to compete for debt again.

“Aussie PE is more focused on seeing and believing in true growth, good sector dynamics than businesses with just strong cash flows that they can leverage up.”

Sarah Thompson has co-edited Street Talk since 2009, specialising in private equity, investment banking, M&A and equity capital markets stories. Prior to that, she spent 10 years in London as a markets and M&A reporter at Bloomberg and Dow Jones. Email Sarah at sarah.thompson@afr.com