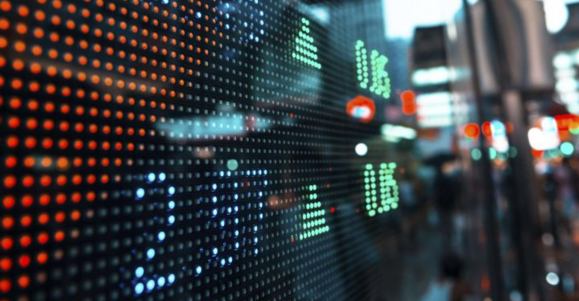 Conclusion of ‘go shop’ period and emergence of a Superior Proposal

Mainstream Group Holdings Limited (ASX:MAI) (Mainstream or the Company) announces that the ‘go shop’ period under the terms of the Scheme Implementation Deed with Vistra Group Holdings (BVI) Limited and Vistra Holdings (Australia) Pty Ltd (collectively, Vistra), announced on 9 March 2021 (Vistra SID), has now concluded. The ‘go shop’ provisions permitted Mainstream and its advisers to solicit competing proposals, with a commitment from Vistra to sell its shareholding into, or vote in favour of, any Qualifying Superior Proposal.

Mainstream and SS&C have entered into a Scheme Implementation Deed, conditional upon Vistra not exercising the Vistra Matching Right, Mainstream terminating the Vistra SID, and Mainstream paying to Vistra a break fee of $1.708 million.

Pursuant to the terms of the Vistra SID, if SS&C’s Superior Proposal is deemed a ‘Qualifying Superior Proposal’, and Vistra does not exercise the Vistra Matching Right, but Vistra exercises the conditional call option deeds that Vistra entered into with entities controlled by Mainstream directors and major shareholders Byram Johnson, Martin Smith and John Plummer (Call Options), Vistra undertakes to:

Overview of conditional Scheme with SS&C

Mainstream has entered into a conditional Scheme Implementation Deed (SS&C SID) with SS&C, under which SS&C and/or its associated companies will acquire 100% of the outstanding shares2 of Mainstream (Mainstream Shares) for $2.00 per share (SS&C Scheme Consideration) by way of a scheme of arrangement (SS&C Scheme). SS&C will fund the purchase from existing internal cash reserves and additional committed equity capital and debt, but the transaction is not subject to a finance condition.

The SS&C SID is conditional upon the Vistra SID being terminated.

SS&C’s offer implies an enterprise value for Mainstream of $296.8 million, including transaction costs and net debt.

The SS&C Scheme Consideration of $2.00 per share represents a 66.7% increase above Vistra’s offer, and values the equity of Mainstream at approximately $285.7 million. This is equivalent to 25.8x Mainstream’s FY21 EBITDA guidance and represents:

Entry into the SS&C SID follows due diligence undertaken by SS&C during the ‘go shop’ period.

A copy of the SS&C SID is attached to this ASX Announcement.

SS&C is a global provider to the financial services and healthcare industries, including wealth management, registered funds, hedge and private equity fund administration, transfer agency and retirement and pension fund services – including Australian Superannuation Funds. Founded in 1986, SS&C is headquartered in Windsor, Connecticut. Some 18,000+ financial services and healthcare organisations, from the world’s largest institutions to local firms, manage and account for their investments using SS&C’s products and services.

SS&C views Mainstream as an attractive acquisition opportunity as it would accelerate SS&C’s growth ambitions, particularly in the Australian market, and is highly complementary given the majority of Mainstream’s business is run on SS&C technology. SS&C intends for Mainstream’s Chief Executive Officer, Martin Smith, to remain with the business after acquisition.

Conditions of the SS&C Scheme

The SS&C Scheme is subject to customary conditions including certain regulatory and other approvals (being approvals in certain jurisdictions in which Mainstream operates), shareholder approval, court approval, no material adverse change, no occurrence of a regulated event and no material breach of warranty by Mainstream or SS&C.

In addition, the SS&C SID contains:

Mainstream is being advised by Miles Advisory Partners as financial adviser and Maddocks as legal adviser.

SS&C is being advised by Citi as financial adviser and Gilbert + Tobin as legal adviser.

Armed with a freshly minted $180.1 million takeover bid, Mainstream will have its bankers try to turn a one-horse race into something more competitive and, ultimately, a higher offer for shareholders.

Mainstream is sitting on a $1.20 a share bid from offshore suitor Vistra, and has signed Vistra to a scheme implementation deed designed to see the offshore suitor take control in coming months.

However, Mainstream also negotiated “go shop” provision, giving it one month to solicit competing proposals. Vistra has customary matching rights during that time and options over a 19.9 per cent stake, but has said it would not stand in the way of a superior proposal.

The situation mirrors MYOB’s takeover by KKR & Co, which played out over the summer of 2018/19. KKR secured MYOB’s backing for a re-cut $3.40 a share bid, but agreed to go shop provisions that had MYOB’s bankers at UBS scouring for a higher offer. KKR ended up winning the day at $3.40 a share.

This time it’ll be Tim Miles’ boutique, Miles Advisory, doing the chasing. It is understood Miles’ Stephen Bowring is leading the deal. Maddocks is Mainstream’s legal adviser, while Investec and MinterEllison tended to Vistra.

In Mainstream’s case, the go shop clause appears to be a half-way solution. Vistra’s bid was at a 12 per cent premium to the last close - which is a smaller premium than you would normally expect in an Australian takeover - but was high enough for a group of major shareholders and directors who offered up a combined 19.9 per cent stake in the business.

Mainstream also said its board intended to support the $1.20 a share bid in the absence of a higher offer.

Mainstream shares were at $1.21 heading into lunchtime trade on Tuesday, indicating the market thinks there’s a chance of a higher offer.