ACM sells its 50% share in PDG to Freedom Foods 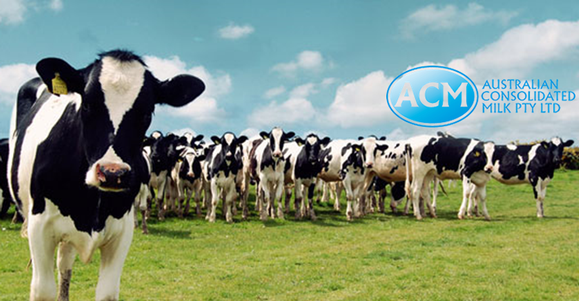 PDG commenced operations at Shepparton in April 2014 to provide innovative UHT dairy milk capability for Freedom Foods own branded requirements as well as for third party customers in domestic and export markets.

PDG was formed as a joint venture between Pactum Australia and ACM, a major Australian dairy milk supply group.

The established dairy platform provides a material opportunity to increase exposure to the growing demand from China and South East Asia for high quality and safe dairy products, where our relationships with major players are providing opportunities for our brands as well as producing third party branded product for our strategic customers. The business is also a major producer of UHT dairy products for Australian retailers and other domestic branded companies.

With the PDG business progressively moving into profitability in late FY 2016, the Company increased its shareholding in PDG to 50% effective 1st January, by converting its convertible notes issued as part of its original investment. We have now reached agreement to acquire from ACM the balance of the shares in PDG not held by Freedom Foods.

In the last 12 months, the PDG operation has expanded capacity to meet increasing domestic and export demand. Additional processing capability and upgrades to downstream packaging, coming online in 2017, will significantly improve efficiencies and financial returns into 2017.

With a large base of dairy volume established towards the end of calendar year 2016, the focus is on driving the business towards specialty and high value added products.

Investment in new capabilities to process and package value added milk derivatives including cream and drinking yoghurt will provide for further expansion and utilisation of the UHT packaging capabilities installed at Shepparton.

The development of a specialised nutritionals platform at Shepparton during 2017/2018 aligned to the dairy UHT operations will provide for protein standardisation and the ability to separate milk into industrial grade pure protein components for use in Freedom Foods branded products and for sale to key strategic customers.

With these expanding capabilities in dairy, a full integration of the PDG operations into Freedom Foods provides for a more integrated dairy processing platform into the future, with the potential for a significant increase in sales and earnings.

Freedom Foods has acquired ACM’s 50% interest in PDG for an equity consideration of A$50.7 million, comprising $50 million in cash and an issue of 168,538 shares in Freedom Foods at an issue price of $4.45 per share.

The cash consideration was funded from the proceeds of the equity raising completed in December 2016.

ACM will continue to be a key strategic partner for the long term, with the Company and ACM having entered into a 10 year supply agreement for dairy milk from existing ACM farmer suppliers in Northern Victoria.

In recent months, Freedom Foods has taken a long term lease (with purchase options) over the land and warehouse facilities adjacent to the UHT operation. The securing of these facilities will provide for internalising the expanding logistics and supply chain requirements, as well as providing a facility for the dairy nutritionals capabilities. This complements the land acquired by the Company adjacent to PDG’s Shepparton site in 2014, providing further options for long term growth and development.